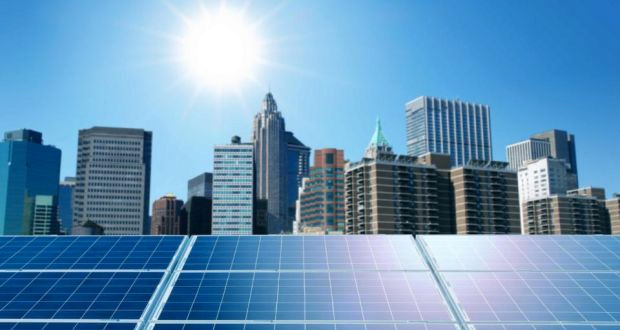 Solar City is making renewable energy more affordable in the US

Everyone seems to supports solar power. It’s like the kid in a race that everyone wants to win because they’ve so much spirit. Still they always end up coming in fourth.

Bar the sun exploding, solar has the potential to be a game-changer in energy provision. But it has been dogged by numerous problems over the years – high cost, low energy output, slow technological progress.

Buying a solar energy system is a little like buying a car with all of the gas for the entire life of the car. Being able to come up with the full up-front costs, or getting financing, is going to be difficult.

Costs have come down. In the US, average solar panel prices have fallen 60 per cent since 2011, while the technology itself has also come on leaps and bounds. Still it is difficult for many households to accept the initial short-term price of installation over the longer-term financial savings.

One California-based company (with Elon Musk of SpaceX and Tesla Motors fame as chairman) has overcome that barrier.
Solar City will provide and install all the equipment required with no up-front cost to get a household or business up and running. How? The consumer then pays Solar City for the power that they generate.

Based on a photovoltaic system, Solar City uses a solar electricity system, which collects sunlight, and then conducts it as a direct current electricity inverter which connects it to AC electricity.

“The major barrier to solar adoption in the US is the up-front costs,” says Jonathan Bass of Solar City. “It can be anywhere from $10,000 for a very small system, and up to $50,000 for larger one.

“This significant expense tended to attract a certain type of homeowner that could cover the initial cost and see a return over time. We introduced a new business model back in 2008 for the first time where we cover the cost of the equipment and our customers pay us for the power that the system generates.”

Each customer’s situation is different. Solar City do a custom fitting in each house based on their roof size, level of shading, direction of the house, how much electricity they are using, what rate they pay for it etc.
Based on each individual situation, customers sign a personalized agreement which locks in their solar energy cost for the next 20 years.
“We’re now in 15 states,” he says. “In those states, we can typically allow you to pay less than you would for utility power.”

Power provision
Those states have been chosen based on the cost of utility power provision. If Solar City can’t compete with the existing energy providers, they won’t enter the market.

“Electricity rates vary in the US,” he says. “In some states, like Hawaii, you could be paying up to 20 cents per kilowatt hour, whereas in others like Arizona, you are paying in the single digits for the same unit of energy.”

Levels of sunshine are important too but as Bass points out, not as important as one might think. “The same system in Arizona is going to produce more energy than if it were in Ireland or New York. That is an important variable. But almost every state in the US gets more sun than Germany and they’re still the number one solar market in the world. That crown is up for grabs right now.”

Solar City is not the only solar energy company offering a leasing-type model. There are a number of alternatives. But according to Green Tech Media research, they provide one in every three solar installations in the US right now.
Their approach is very attractive to consumers. “Not only do we eliminate all upfront costs, we take care of everything,” says Bass. “That includes installation, red tape and maintenance. Repairs are dealt with immediately because if we’re not generating electricity we’re not getting paid. This gives customers a little added assurance.”

Texas corner
In the state with the most sunshine in the US, Texas, Solar City has carved out a corner of the market for itself. Maybe not as a big a corner as they’d like though. Low existing utility bills and culture are making it harder to get people into solar in the Lone Star state.
“The price of electricity in Texas is lower than other states that have installed more solar,” says Charlie Hemmeline, Executive Director of the Texas Solar Power Association. “Prevailing costs are lower here. That’s a problem not just for solar, but also natural gas.”

Cost is only one aspect of it though. A cultural shift is needed. “We want to see it happen, and there is a lot of broad-based support for solar,” says Hemmeline. “People can see the benefits, and are beginning to make the connection that the solar resource is theirs to develop. It doesn’t use water, generates during the day, and falls everywhere so you can put it wherever you need it.”