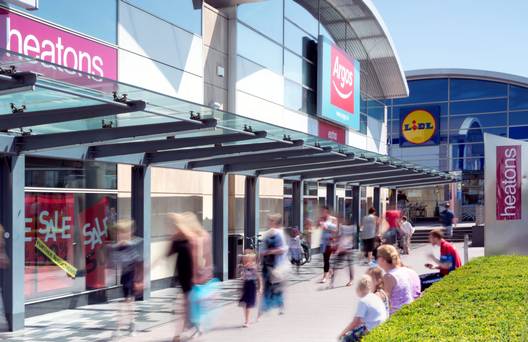 But the CSO figures underline the challenges faced by those retail parks which do not have open use planning approval and are restricted to bulky goods such as furniture and electrical goods.

Such challenges were highlighted by a recent Retail Excellence Ireland (REI) survey which reported that less than half or 43pc of the retailers who responded to its questionnaire considered their retail park units to be marginally profitable locations while 57pc considered them to be unprofitable or significantly unprofitable.

But the outlook is not quite so gloomy. After all whole retail parks were sold in the last year for tens of millions of euros.

For instance Marathon Asset Management is understood to have paid around €63m or well over the suggested guide prices for four regional retail parks which made up the Parks Portfolio. The four include: M1 Retail Park, Drogheda with a €2.8m rent roll and a 31 acre development site for which the guide was €25m; Lakepoint Retail Park, Mullingar, which has a €772,000 rent roll and was guiding €8m; Poppyfield in Clonmel, which was producing rental income of almost €1.2m and was guiding €12m. Also in the portfolio was Four Lakes Retail Park, Carlow town, which generated €323,521 in rent.

Another international retailer Varde is believed to have paid around €33m for Dundalk Retail Park as part of the Spectrum Portfolio.

Among the retail parks currently on the market is Drogheda Retail Park in Co Louth, which is part of Project Hazel which also includes Galway Shopping Centre and Wilton Shopping Centre in Cork. Nama appointed Bannon and DTZ to handle the Hazel sale.

Sales activity could help to address some of the concerns raised by the tenants in the REI survey as the change of ownerships will bring to an end the management paralysis seen in some parks as a result of the property crash and the lack of on-going landlord investment.

Furthermore because the new owners can be expected to bring their international expertise to bear, tenants should expect to see increased promotion and marketing at some parks.

The REI survey suggested that tenants at Liffey Valley Retail Park were the only ones to feel their retail park was well promoted and only those in two other west Dublin parks, Westend and Blanchardstown, felt that their parks were marginally well promoted. A further 20 parks were considered to be poorly promoted and 12 to be very poorly promoted.

The fact that the three well promoted parks are all in west Dublin and close to key national routes suggests that competition between parks may also be a factor encouraging promotional activity. Indeed if recent purchasers such as Marathon and Varde apply their promotional expertise this could spark others in their catchment areas to respond with their own marketing campaigns.

Other factors which may generate more footfall into retail parks will be a diversification of retail offering to consumers. Clothing chains such as Next, TK Maxx, Heatons and Mothercare have been locating in retail parks. Mothercare has stores in Mahon Point, Cork; Manor West Park, Tralee; M1 Retail Park Drogheda; Portlaoise Retail Park and Cleveragh, Sligo;

The Next chain has stores in Carrickmines and Westend, in Dublin; Gateway Retail Park, Galway and Childers Park, Limerick.

Fast food operators such as McDonalds have secured deals for stand alone, drive thru takeaways in parks which are on arterial routes. The desire of coffee chains such as Costa, Esquire and Nero as well as discount chains such as Dealz, Mr Price and Euro Giant to locate in parks also suggests an optimism which contrasts with the REI survey.

The convenience of many of these parks to arterial routes has attracted self-service petrol station operator DCC Oils and another motor related chain, Advance Pit Stops to locate in parks.

It will be interesting to see if ongoing recovery in motor sales will encourage those parks with vacant space to convert some of this space to motor showrooms or even motor malls.

Nevertheless some parks will continue to struggle and particularly those located near towns where there is an oversupply of retail accommodation.

REI’s survey is derived from over 70 tenants who operate over 200 retail park stores around the country. According to Sean Murphy, deputy CEO at REI, as many as 77pc of them consider they are paying significantly above market rent at present.

That such high rents persist seems surprising considering the measures that a number of landlords have introduced such as rent abatements and turnover rents. Furthermore some retail chains such as B&Q and HomeBase have resorted to the examinership processes in order to force landlords to reduce rents.

Yet another factor which should benefit regional parks will be the increase in employment and house buying activity in those regional locations which are within the commuter belts serving the Dublin, Cork and Galway labour markets.

The REI survey also names some parks which may suffer from future retailer exits. For them to survive, the landlords may turn to local community groups and other alternative uses from which to generate rental income.

Possible tenants could include gyms, indoor football courts, dance classes and yoga while their large car parks may provide space for services such as car washes, car boot sales and farmers’ markets which could generate extra footfall which would complement existing tenants.