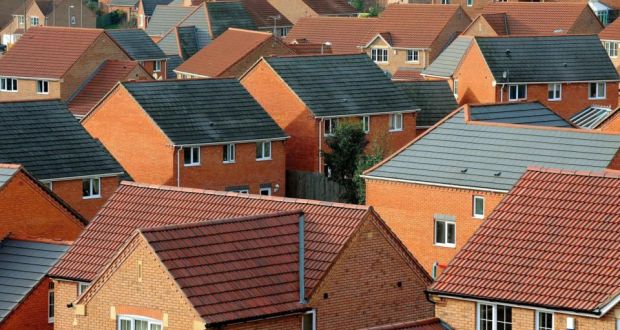 An Irish landlord broke down in tears today as she revealed how she is holding down two jobs to pay her mortgage – because her tenants have refused to pay any rent for the past year.

Ger, a caller to RTE’s Liveline, admits that she is a “reluctant landlord” since she only decided to rent out her dream home in the country when she had to move home due to work commitments.

Her tenants – a couple with five children – have not paid any rent since May 2014, and she has been threatened three times by the man in the family.

Breaking down today, she told Liveline: “It’s eating away at me.”

Ger bought her dream home in the country in October 2004, and spent “every penny” she had doing it up, and she lived in it for seven years.

“It was never going to be a rental [home]. I was not interested in being a landlord – no way… I did [live there] for three years. I used to drive an hour and a half each way to work.”

“I thought it was going to be my dream home in the country. Because of the recession I had to move because of work purposes so I had to leave my home. Also it was a Section 23 house so I couldn’t sell it for 10 years,” she said speaking to RTE Radio One’s Liveline.

Ger’s problems began when the parents’ relationship broke down, and a new male partner [who Ger alleges threatened her] moved in.

“I never had any problems. The odd time they were late with rent but they would always contact me. That’s fair enough. It happens to us all I can understand that.

“Things changed. He [the male partner] was full of baloney. They were on about buying the house and I thought my prayers had been answered because it was over the ten years, and I thought ‘wonderful’.”

“I thought finally I’d have gotten rid of the noose from around my neck. But that wasn’t to be, it was just a farce to bide time to not pay rent.”

When the first payment was missed, the tenant claimed that her bank account had been hacked and the money that had been taken out of it was frozen.

“Eventually I went up there and asked for the payment. I had told them I was coming up to collect it. It’s a two hour journey for me.”

“He wasn’t there with the money and she was waiting for him to come back. I hung around for a couple of hours and came back and still no sign of him or the money.”

“She was on benefit and she was getting rent allowance so it was there,” Ger told Liveline.

“My solicitor tried to advise me but there is not a lot of advice other than going down the route of the PRTB. You have to give them a number of opportunities to pay the rent, and then tell them what route you’re going to go down and then you have to put it in writing.”

“We were trying to sort it through their solicitor and my solicitor. I was given names of solicitors in Dublin that didn’t exist.”

“He [the male partner] was quite aggressive especially when I started giving the notices. He threatened me a few times. The first time he threatened me he was threatening to hit me. The second time was when I gave the second notice and he was going to get me in front of the guards. Recently then, I got a call that he was going to find me and sort me out.”

Ger is also worried about the condition of her beloved home.

“The tank has been put on its side, my oil tank, which just worries me how much damage will be done by the time I get my house back.”

An adjudictor has ruled that the tenants should pay the arrears.

“They didn’t argue it or put in an appeal but I still haven’t seen a penny.”

“There’s nothing stopping them – there’s no way to get them out. The guards say because they paid a deposit and they’re paying rent it has literally nothing to do with them.”

“Everyone asks the same question: what are you doing about it? I’m doing everything that I can that is legally possible to do.”

Ger says the PRTB “will consider” helping her in court preceedings.

According to the PRTB, if a tenant fails to vacate the property after the finding then the landlord may take his or her enforcement proceedings through the Circuit Court.

However, an exasperated Ger said: “I’d like to know what the PRTB is supposed to be there for. Because it doesn’t make sense.”