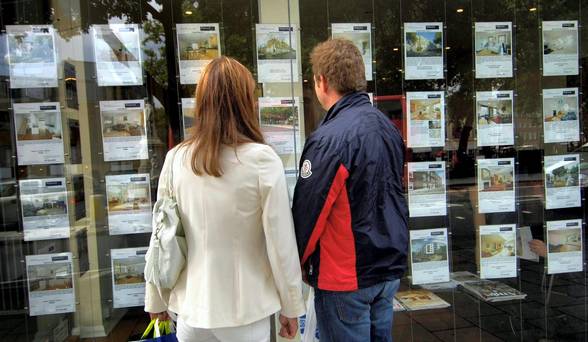 Our house prices are rising at fastest rate in world globally

IRELAND has had the fastest-rising property prices in the world this year, according to a new international study of global markets.

Liam Bailey, Knight Frank’s global head of research, said: “I wouldn’t be too concerned for Ireland just yet, given that the country has rebounded and is making ground after one of the worst property crashes. There is an obvious return to confidence in the Irish economy overall and interest rates remain low.

“However, these sort of increases are unsustainable in the long run and it is likely that Ireland’s market will show some cooling going forward.”

The international report, which compares inflation rates from markets for the year to the end of the third quarter, also shows Ireland having the highest six-month increase at 13.5pc.

Ireland tops the property price inflation table alongside other countries in which there have been recent concerns about housing bubbles.

These include the UK at fourth, where the Bank of England has recently reduced the lending capacity of banks using high loan-to-value transactions.

Also sharing the top of the table is Dubai (third), where the Government has recently moved to limit investor activity, and Australia (ninth), where a splurge of Chinese spending on property has helped house prices surge by 9.1pc. However, Dublin’s market, which is heading for 20pc increases by year’s end, is already slowing down amid indications that estate agents have overpriced properties in the last quarter.

They did so in the expectation of an investor feeding frenzy in the wake of the capital gains relief expiry that has largely not materialised.

Scores of houses have been left unsold in the last quarter thanks to ambitious pricing and these are now being reduced in order to secure a sale.

A rush of investor purchases had been expected thanks to the end-of-year expiry on generous relief on capital gains tax.

A representative of one estate agency, who would not be named, said: “The Government has played a role in cooling the market in Dublin thanks to the Central Bank’s announced loan-to-value measures and the subsequent uncertainty over whether or not these will be implemented and to what extent.

“But it is also clear that many estate agents incorrectly built in price increases at year’s end in expectation of an investor surge.

“So it’s possible that Dublin asking prices are static or even falling slightly at the moment.

“We don’t expect anything dramatic in this regard, just a normal cooling.”

However, the pre-Christmas freeze in the capital’s prices has helped raise fears the Central Bank’s proposed loan restrictions could actually cause prices to start falling.

UCD economist Colm McCarthy added: “The problem we’ve been having has been largely a Dublin one. There is a clear shortage of houses in Dublin and not enough planning permissions.

“On the other hand, you can buy a good-sized family home in any midlands town for €100,000. So this is not a nationwide issue.”