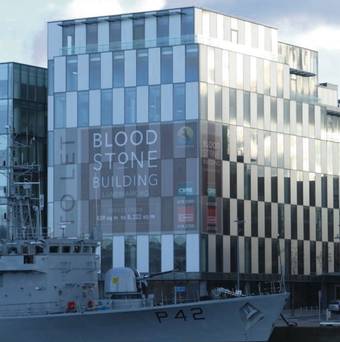 NEARLY €4bn worth of commercial property deals were done in the the investment market this year, making it the busiest year on record.

According to a new report from broker DTZ Sherry FitzGerald, the investment deals, combined with more than €17bn worth of loan sales backed by Irish commercial property, while a further €8bn was spent on the residential market during the year.

While there had been expectations that investment sales could touch €5bn, the loan sales and investment data easily top any previous year in the Irish market in the past, including the boom.

The Dublin market dominated during the year, counting for about €8 in every €10 invested.

Deal sizes remain unusually large, as properties that had fallen into receivership are worked out by NAMA and the banks.

While the majority of transactions fell in to the mixed use category such as Project Sapphire, which was the largest deal of the year and included offices and a retail park, both the office and retail sectors individually performed well, said DTZ.

Project Sapphire was a portfolio of properties that had been developed by the Cosgrave brothers and included about 650,000 sq ft of office buildings at Georges Quay and George’s Court, Dublin 2 and retail and other commercial space in Westend Retail Park, Blanchardstown, in West Dublin.

Single office transactions accounted for a quarter of all transactions. The Platinum Collection, a portfolio of four office blacks including the Bloodstone Building and Grand Mill Quay in the Dublin docklands was sold by NAMA for €165m to a mix of Blackstone and Google. The largest single asset transaction in the year was the sale of Liffey Valley Shopping Centre in February for €250m.

DTZ director of investments Kevin Donohue commented: “2014 was an incredibly buoyant year for Irish property investments and early indications are very positive for 2015.

“While the office market has dominated the recovery we are increasingly optimistic that 2015 will be the year for the retail sector. This sector was worst hit by the downturn with capital values down 72pc from peak.

“The market has now turned but there is still capacity for growth particularly in terms of rental values,” he added.