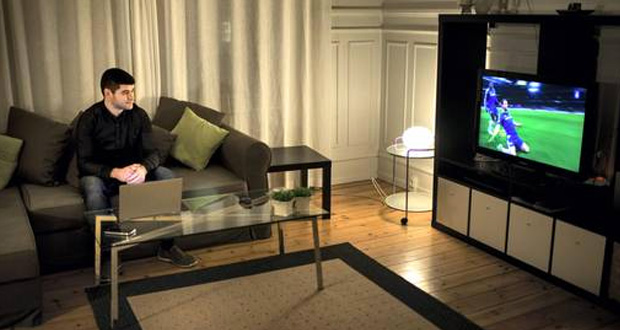 People seem very happy to bring up their children in apartments. That need to have a house with a garden is not important

It took David Connolly a while to get used to the very Danish idea of hygge. A word that roughly translates as “coziness”, it’s often used by Danes when they socialise together, and especially when they are enjoying each others’ company in their respective homes.

David and his girlfriend Anne-Marie have been doing a lot of entertaining since moving to their well-appointed apartment in a fine old building in hip Vesterbro not far from the Carlsberg factory.

“It’s not something we do that much in Ireland any more is it, having people over?” David says. “But it’s definitely the thing to do here.”

The 29-year-old from Mayo lectures at Aalborg University and has been living in Copenhagen for three years. At 106 square metres, the apartment he and Anne-Marie share is especially big by Irish standards, not least when one considers that in the 1990s, a lack of regulations meant one-bedroom apartments that were just 35 square metres in size were built by developers chasing easy profit. There’s a large sitting room and a similarly sized dining room as well as a spacious kitchen and comparatively large toilet (by Danish standards).

The bedroom is modestly sized, but that’s the Danish way, it seems. “There’s more areas spent on the parts of the home that people spend most time awake in,” David says. “You won’t find things like ensuite bathrooms in most apartments – the emphasis is on the living and dining areas bigger.” Ideal for hygge.

The couple pay just over €1,500 per month on rent and heating and, unusually for a Danish apartment, it came fully furnished. As they’ve signed a ‘normal contract’, they can stay in the apartment for as long as they like. It’s a security of tenure that tenants in Ireland can only dream of.

“We can literally stay here for the rest of our lives if we so want,” David says. “It is great peace of mind knowing we don’t have to face the hassle of trying to find somewhere new.”

He is also aware that he is living in one of the most sought-after districts of the city. “Vesterbro was very different before,” he says. “I’m told that pharmacy” – he gestures towards a brightly lit store visible through the bay window of the dining room – “used to be a methadone centre.” The district is full of families today and feels very safe.

Like many Copenhagen apartments, this one has a dual-aspect and the view at the back takes in an impressively sized courtyard. The signs of family life are everywhere. “In the morning, you can see the children being loaded on to those bikes,” he says, referring to the numerous child-friendly cargo bicycles parked below.

“People seem to be very happy to bring up their children in apartments. Having that need to have a house with a garden is not important.

“It’s a very different life to what we have back home, especially when I think back to my days in university in Limerick, but I really like it here.”

Copenhagen Vs. Dublin… why there is only one winner

There: Large stock of century-old apartment buildings in city centre.

Here: Still considerable dereliction in the centre, with the focus on sprawling suburbs.

There: A functioning social housing market and no stigma.

There: Security of tenure – ‘a home for life’ for tenants, heavily regulated market.

There: Andelsbolig ‘buy-rent’ system which makes it possible for young people to get on property ladder.